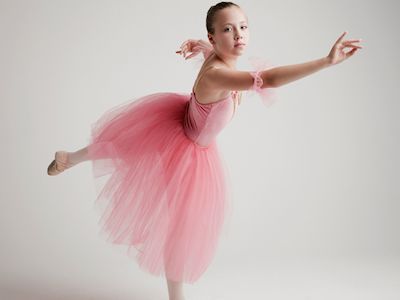 Several months ago, I worked one-on-one with a six-year-old girl, Annie (name changed for anonymity), who had fallen behind due to unfortunate family circumstances. It was summertime, and she needed to be prepared to enter first grade and have the confidence to succeed. When I first started to work with Annie, I noticed that she did not have much interest in math. She had a habit of writing her numbers facing the wrong direction, which lowered her confidence significantly. I realized that if I wanted her to be successful, I would have to teach her in a way that she would actually have interest, stay engaged, and listen. So, I spent some time learning about who she was and what made her unique.

Annie was happy to share her hobbies and interests with me. One of those hobbies was dancing. If there was music playing, Annie stopped whatever she was doing and jumped in the air to perform her own interpretive dance to go along with the music. Many times, she pulled me into her performance, sometimes giving me directions, other times just dancing around me. Annie’s face always lit up when she danced. On the other hand, when Annie wrote her numbers backwards, she frowned and looked at me as if she failed.

One day when she wrote her three backwards, an idea struck me. Annie looked at me and frowned and I said, “Oh no! It looks like we have a dancing three! He’s just dancing the wrong direction. Let’s dance him back around, okay?” Annie smiled and laughed and was happy to change the direction of her three. After that, we even came up with a little song and sang it while she flipped her numbers around.

Annie started to have fun writing and owning up to and correcting her mistakes. Once she felt more confident about writing, she expressed more of an interest in math and was excited to learn how to add and subtract. By the end of my two months with Annie, she was writing her numbers facing the correct direction and she enjoyed math. She was even adding and subtracting so well that she was almost ready for second grade level math. I can say without a doubt that Annie’s confidence in herself and her abilities were key factors to her success. By making a simple connection to her passion for dance, I gave Annie the skills to solve her complex problem.

A Simple Meditation Guide for Your Classroom

6 Ways to Homeschool That Most Parents Don’t Think About